Ron Padgett has been busy recently in Poland. 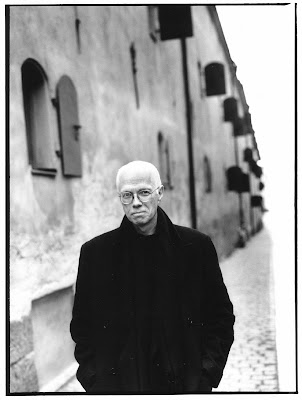 He's given a number of readings there in the past, and he's been invited to take part in the Upper Silesia Arts Festival again this coming November. He's looking forward to it. He finds Poles generous and welcoming.

He's also recently published a collection of his earlier poems in a Polish-English edition. The book, entitled Swiry/Nuts, was translated by the poet Andrzej Szuba and published last year by Wydawnictwo Miniatura, 30-307 Krakow, ul. Barska 13, Poland. Their email address is miniatura@autograf.pl and their phone number is 012-267-10-39.

Here's one of Ron's poems from Swiry/Nuts and its Polish translation by Andrzej Szuba: 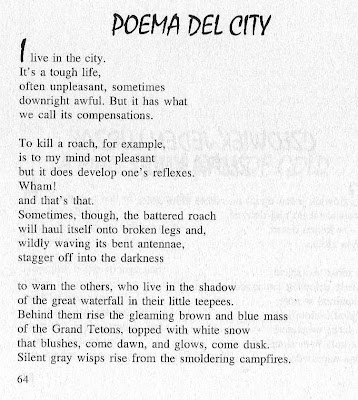 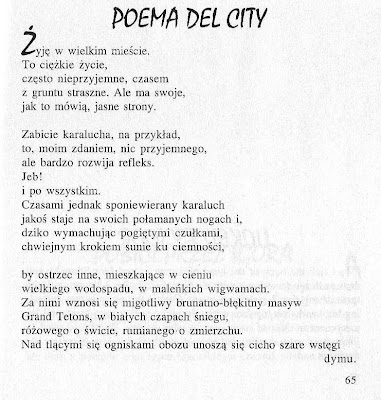 Ron has another collection of poems, as yet untitled, coming out later this year, and it will be published by Ars Cameralis in Katowice, Poland later this year. The translator is the poet Jacek Gutorow.
.


(The terrific photo above was taken by Ulla Montan in Stockholm.)
Posted by John Guzlowski at 1:37 PM

The translation of Padgett's poem is well done. Loved reading it as best as I could. What a great idea for this book.

I would certainly prefer to read more foreign fiction which were translated from Polish translation to english, or in any languages.Because in that way I could have an idea what do people think,feel or their culture is.When we read books from a foreign country it seems like travelling in that country through the stories plot.We could recognize how they have been living afar from our own culture.