Poems about the Warsaw Uprising, 1944 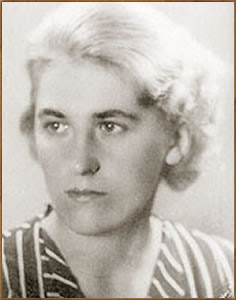 Anna Swir (Świrszczyńska) was a woman who fought with the Polish resistance during World War II. When the Germans decided to destroy Warsaw in 1944, she became a front-line nurse in a battle that saw the city leveled and 250,000 Poles die.

Thirty years after the war, she published a book of poems about her experiences in that slaughter. It was called Building the Barricade. Gifted poet and translator Piotr Florczyk has produced the present volume, Building the Barricade and Other Poems. It combines the best poems from that earlier book along with Anna Swir's later poems, poems which focus on the human body and her experiences of love and family. This bi-lingual collection, starting with her writing about the war and ending with the last poem she wrote, "Tomorrow They'll Cut Me Open," gives the reader an overall sense of her career and her strengths as a poet.

I could quote from what readers like Czeslaw Milosz, Edward Hirsch, Eva Hoffman, and Sandra Alcosser say about these powerful poems, but I won't. The poems don't need it. They speak clearly and powerfully on their own. 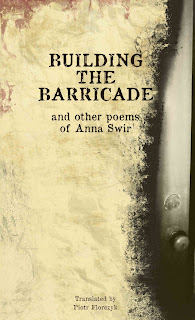 I worked as an orderly at the hospital
without medicine and water.
I carried bedpans
filled with pus, blood and feces.

I loved pus, blood and feces—
they were alive like life,
and there was less and less
life around.

When the world was dying,
I was only two hands, handing
the wounded a bedpan.

THOUGHTS
OF A FOURTEEN-YEAR-OLD NURSE

If all the bullets in the world
hit me,
then they couldn’t hit anybody else.

And let me die as many times
as there are people in the world,
so that they wouldn’t have to die,
even the Germans.

And let nobody know
that I died for them,
so that they wouldn’t be sad.

In this city
there are no more people. Sometimes a cat
with burnt eyes
crawls out from an alley
to die.

Or a rat
scuttles to the other side of the street.

Or the wind moves
a page in a book on the pavement
and knocks the window
with the glinting shard of glass.

Anna Swir's book Building the Barricades and Other Poems can be purchased from Calypso Editions (free shipping included).

Translator Piotr Florczyk previously translated Julian Kornhauser's Been and Gone. I posted a blog about it recently.

"The Rats Remain" and "Thoughts of a Fourteen-Year Old Nurse" were originally published in the online journal Little Star.
Posted by John Guzlowski at 11:37 AM

These are incredibly powerful poems.

These are incredibly powerful poems - thank you for passing them on.

Thanks for bringing these to my attention. It is shame she never lived to see a free Poland, but then again, she lives through her words.

These poems are naked and honest. I love that, and they speak of things that speak for themselves. I love that too.